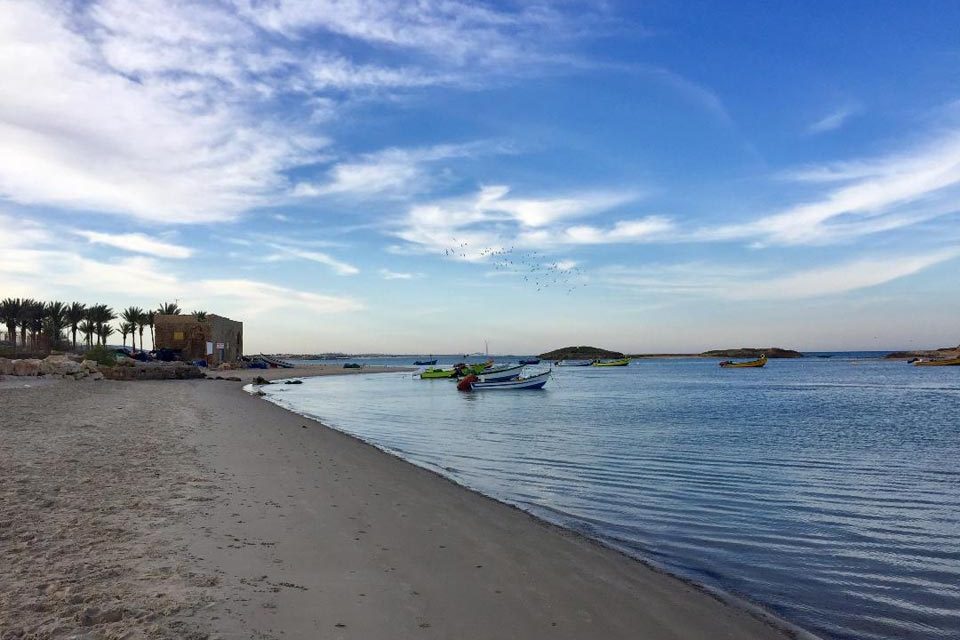 My wife is an amazing human being. The moment I met her, while looking for a place to live for my undergrad education in Santa Barbara, California, I was instantly smitten. She was the prime lease holder on the cheapest apartment in town, exactly what I needed being a fine art major. She tells the story of meeting me with the sun directly behind my head, creating a halo. It just seems that we were meant to be, two spiritual beings matched from beyond understanding. We became best friends before we tied the knot, and are still today … after two marriages to each other and 32 years between. But, that’s all another story… This story is about the cutest … tiny, little, cuter than you can believe, little doggie that you’ve ever met. The story starts with my wife teaching strengthening in one of her classes held in our home. She’s a tremendous healer with a doctorate in physical therapy, and along with private patients guides multiple strengthening classes a week. Her patients repeatedly asked her about getting a new dog, after Bongo, one of our family members with four legs … recently died from a severe Park Worm infestation. Her reply, as usual, was: When God chooses to put a new dog in my lap, I’ll consider it, and we’ll see… Famous last words, right? As it happens, on the very day that she uttered that very statement, we decided to blow off work, both of us being beyond stretched with our various jobs and professional commitments, and we went to the beach to swim and sit in the sand. 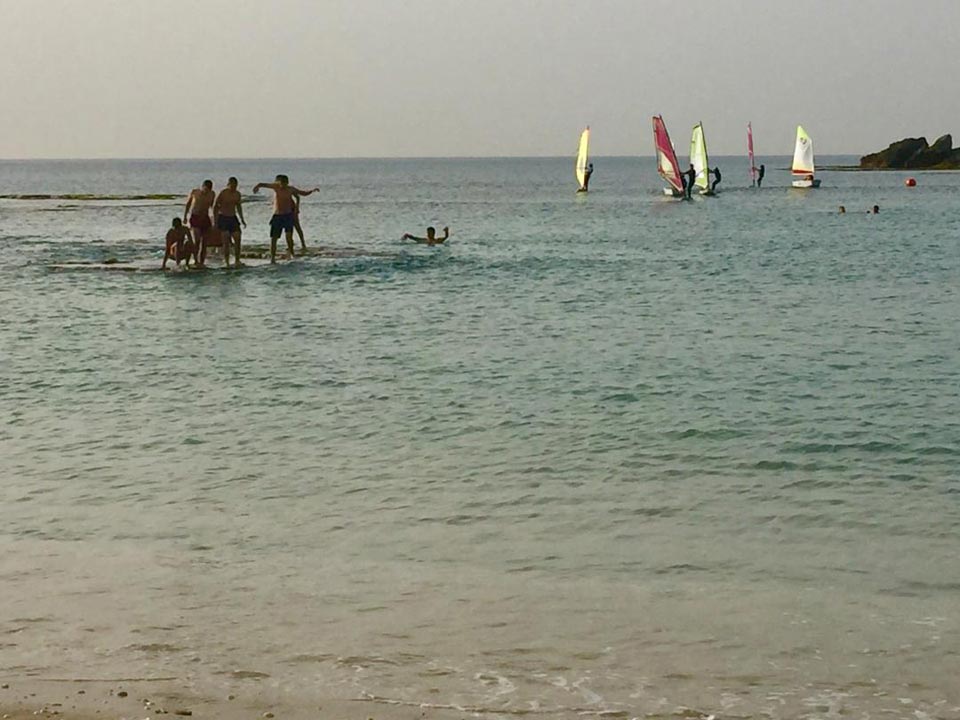 We brought our beach blanket and a cooler of beer and snacks. We drove down the hill from Zikhron Yaakov and over the once marsh-flats, now agricultural fields and fish ponds, out to the coast of Dor Beach, where we turned right at the Mediterranean Sea and plopped down on the edge of Nakhsholim Bay. We had a clear view of Phoenician and Roman ruins being excavated on the cliff top across the bay, and the water lapped gently at our feet washing over seashells, pottery shards, and white course sand. Sitting on the seashore, my mind immediately began to wash free from the bondage of professional life, experientially clearing my breathing down to the source of my soul. We had brought our remaining canine, Dude, a black Canaani-mix that has been with us from the beginning of our Israel-beginning, our Aliyah to the Jewish ancestral Homeland, which didn’t go unnoticed by others wandering by the seashore. The afternoon started with a visit by an acquaintance and her children, one of which seeming to display spectrum issues as he repeatedly attempted to grasp Dude in a headlock and force him into a kissing position. We tried to head off the child … repeatedly, knowing that the danger of a dog feeling trapped next to a child’s face was asking for trouble in an extreme way. Dude looked strained, but was slick enough to just pull away … every time. Impressed by my dog’s compassion and patience, I gave him as much attention as I could, which didn’t go unnoticed by a group of Arab children roughhousing nearby that I later learned had been escorted from Faradis by their uncle to go swimming at the beach.

One of the children was carrying a tiny dog under his arm, close to his heart. They played together, the tiny dog and all the children, and when it was time to go swimming, since Dude had already made introductions, the Arab child, being last to jump into the water, walked up to our beach blanket and deposited the little dog on my wife’s lap, along with a chicken wing for supper, and ran into the water with an exuberant splash. We were to be the tiny dog’s babysitters while they swam, it seemed. It was hard to know, since the boy with the dog didn’t speak Hebrew or English, only Arabic, which is unusual among Israeli Arabs. There are many from the Jerusalem area that don’t speak Hebrew and use English instead when necessary, but a local Arab boy with neither language meant he was probably disabled in some way and not attending school, maybe because of it. The Arabs of Faradis have been close to the Jews of Zikhron for almost 150 years. The two communities helped each other from the start with things like farming techniques and security, and to this day, even though there is separation geographically in terms of population centers, there is a deep, historical connection between the two peoples … living in the same land. With this in mind, and seeing the look on the young Arab boy’s face as he ran to swim with his family and friends, I understood the deep connection he had with his little dog. And how could he not be in love with her? Over the next two and a half hours we, too, fell in love. 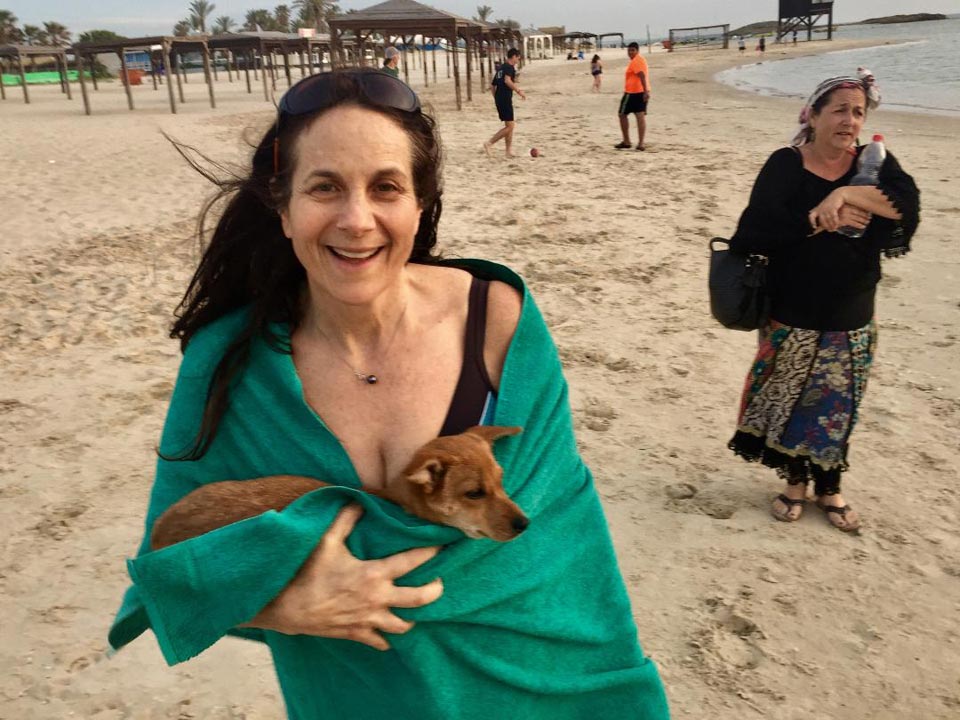 Once the kids and their uncle returned from around the bay, walking all the way back on the sandy shore, the negotiations began. My thoughts went from feeling setup, like it was all a scam from the beginning, to feeling empathy for the boy and his dog. He struggled with his brothers, one of which evidently gave him the dog to begin with, and he struggled with his uncle who had given me a dirty look as he walked by after, evidently, being asked by all the kids if they could sell the puppy to us … foreign white strangers lurking and camping out on ‘their’ beach. The kids that could speak Hebrew did in bursts and outbreaks, like an unwanted virus tampering with their ideology. The child that couldn’t speak Hebrew had to use hand signals and facial emotions to relay his thoughts and feelings. He kept getting trumped by the other kids and their aggression towards us. They were all kids, just like any other group of children, and tested the water above the sea with every gesture. They knew, just like we did, that the foreign strangers were going to go home with the tiny dog, and that they would go home feeling empowered and quite a bit more wealthy then when they woke up that morning.

The last time I saw them was when they sat in their car, the grizzled and grumpy uncle in the driver’s seat, staring and debating, as they looked at us standing on the beach with the tiny dog in my arms. Just before, on the way home from the beach, one of the boys ran up to me and said he would tell his family back in Faradis that we stole the dog from him, that I needed to give him even more money. I think his friends must have cut him out of the deal, since I saw the money being spread from hand to hand amongst the kids, each one running away from the others and back to the car when they got a handful of bills. It’s been a week or two now, and I really love this cute little dog, just like everyone else that has ever met her, but I still feel a bit seedy, like a usurper, and in my own ancestral homeland, too. All I know, and can say now, is that … Roxie, the tiny little dog, has the potential of a fantastic home and life … now. And I know that I live in a time and space that is very difficult to navigate and to understand. Welcome, Roxie, the tiny dog, to a brave new world, and to the Land of Israel! 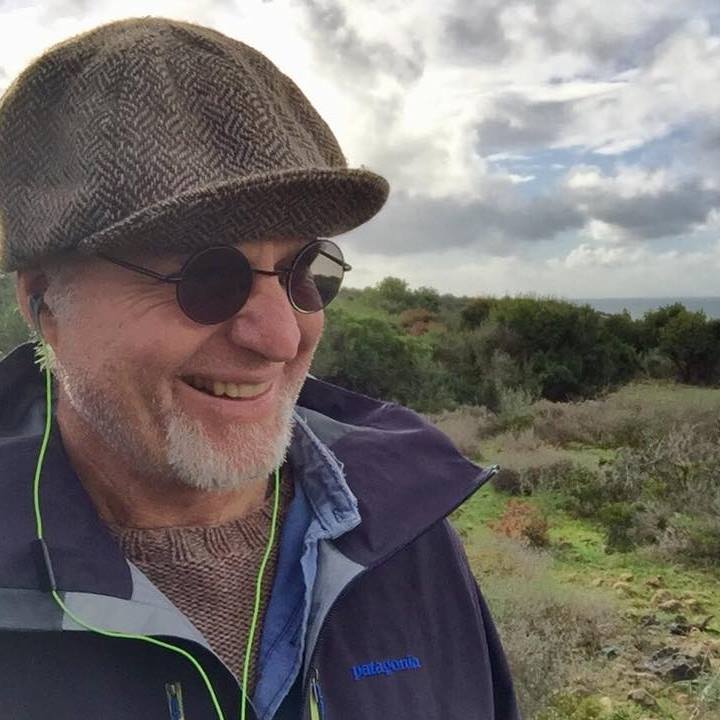 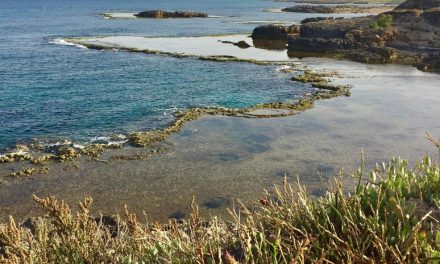 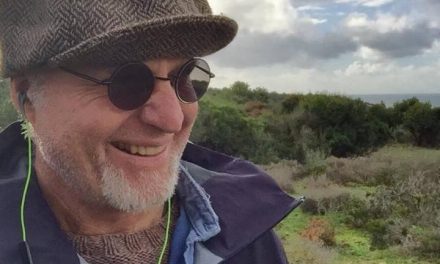 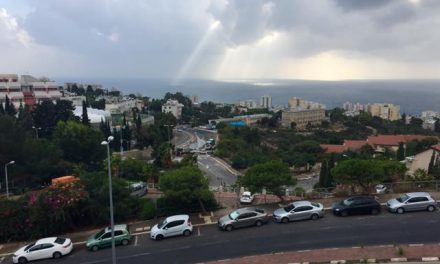 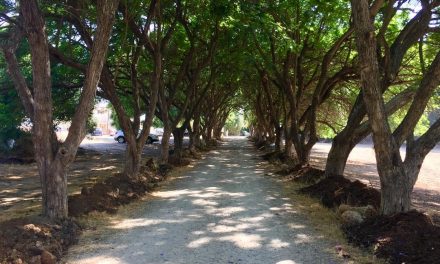